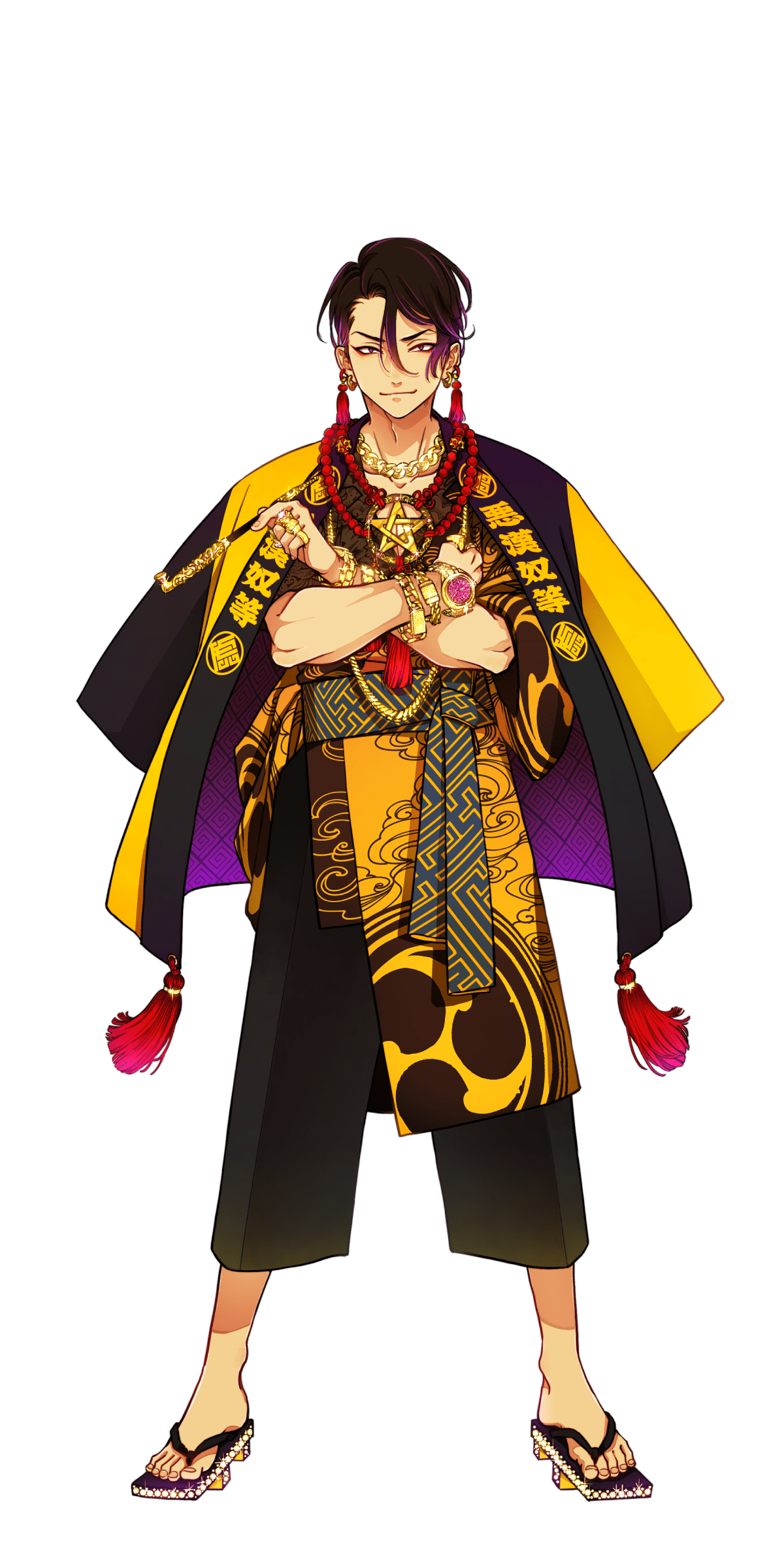 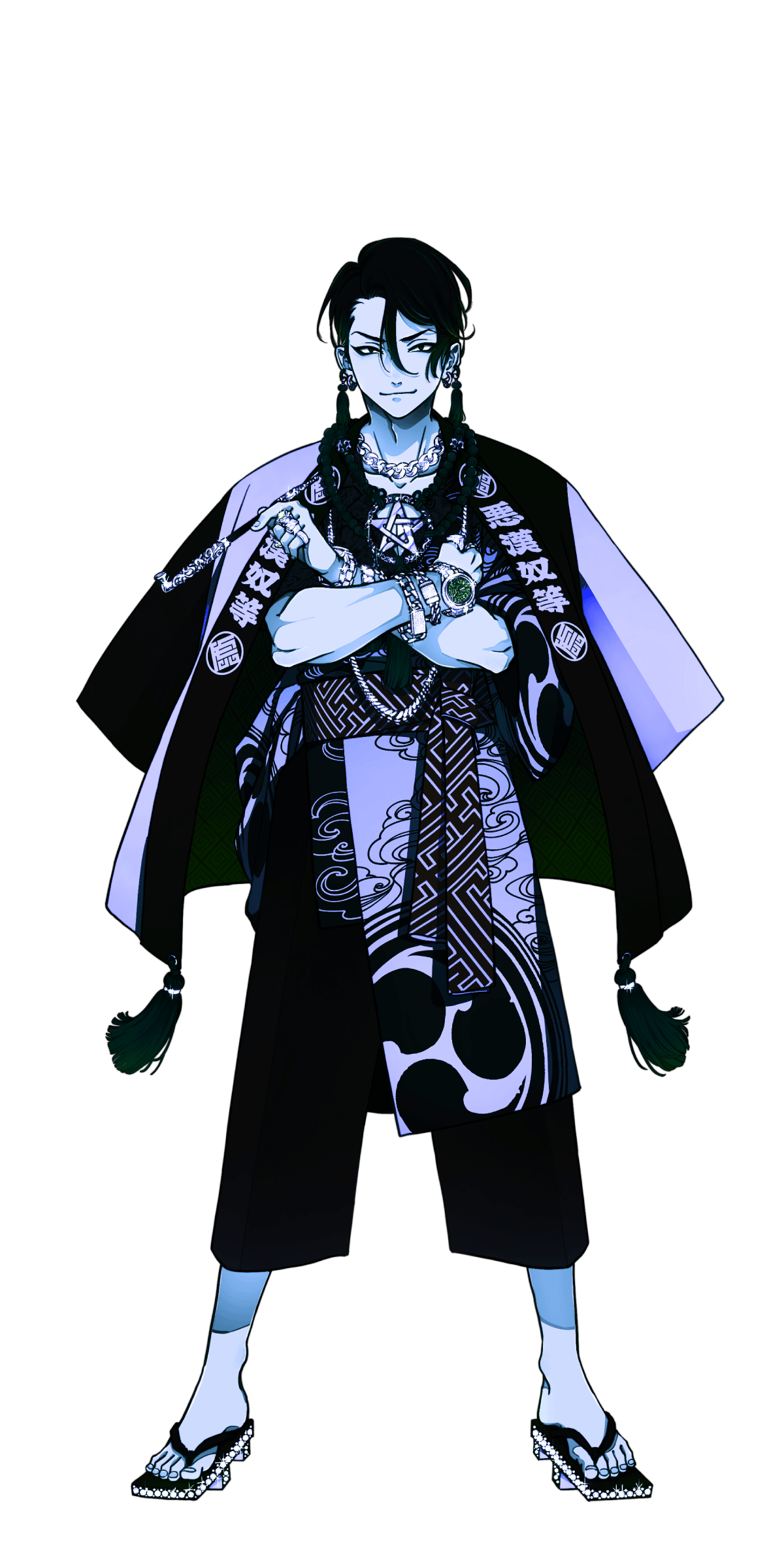 The leader of Akanyatsura. Always smiling, he has an affable personality, but his true intentions are hard to read. He has inhabited the underworld for so long that his moral compass is lacking. He cares for his group members as if they were his own family, and is determined to make a place for them all.

“Blood doesn’t make you family. It’s the time spent together.”

A large number of the Suiseki group, who were like family to him, have been killed.
In particular, the leader of the group, who was like a father to him, was killed.